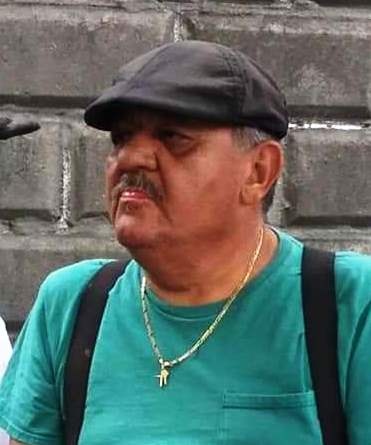 Abraham R. Cruz 69 of New Bedford passed away Thursday October 17, 2019 at home. He was the husband of Jeannette (Lemieux) Cruz, son of Carmen (Lopez) Martinez of Puerto Rico and the late Carmelo Rodriguez. He is also survived by his step father Miguel Martinez of Puerto Rico. He was born in Ponce, Puerto Rico and had lived in New Bedford for many years. Abraham was employed as a dispatcher for Trembley’s Bus Company. He was a member of the Christian Fellowship Church in New Bedford. Survivors include his wife, his mother, his step father, his son Shane Cruz of New Bedford, his step son John Paul Quintin of Randolph, MA; his daughters Kelly Slocum of New Bedford, Lisa Gathers of Jamaica Plain, MA, Kim Cruz of New Bedford, Pamela Cruz of North Carolina, Theresa Nooth of New Bedford, Carmen Cruz DeJesus of New Bedford, and Jocelyn Quintin of New Bedford. He is also survived by his siblings Luis Rodriguez, Elliot Lopez, Carmelo Lopez, Jose Martinez, Manuel Martinez, Rosa Rodriguez and Maria Gonzalez all of New Bedford. Also 13 grandchildren, 5 great grandchildren, many nieces and nephews. He was the husband of the late Carol ( Richmond) Cruz, father of the late Irene LeFleur,  brother of the late Jesse Cruz, Sandra Rodriguez, Maribel Martinez and Isaura Santo Estrada Santos. His funeral service will be conducted 10am on Wednesday October 23, at the Boulevard Funeral Home 223 Ashley Blvd. Visiting hours will be 4-8pm Tuesday October 22. Burial will be in St. Mary’s Cemetery.

To order memorial trees or send flowers to the family in memory of Abraham Cruz, please visit our flower store.