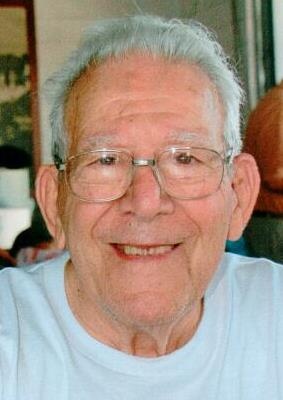 Adriano “Cavey” Almeida 93 passed away Sunday, March 1, 2020 at the Hathaway Manor. He was the husband of the late Laura (Jardin) Almeida and son of the late Francisco S. “Frank” and Teresa (Jesus) Almeida. He was born in New Bedford and had lived in this area all of his life. He was a communicant of Our Lady of the Immaculate Conception Church. “Cavey” was formerly employed as a carpenter for Executive Coffee until his retirement. He served in the United States Army, earning the rank of Sergeant. He was a big Boston Bruins fan, an avid bingo player and was also a member of the St. Anthony’s Seniors and the New Bedford Seniors. Survivors include his son Adriano Almeida Jr. and his wife Jeanine of New Bedford; his daughter Patricia Almeida Greene and her husband Timothy of Acushnet; his brother Augustino Almeida of New Bedford; his sisters Rose Costa of New Bedford and Celeste Costa of New Bedford. He is also survived by 8 grandchildren, several great grandchildren, many nieces and nephews. He was the father of the late Geraldine Swain and Michael Rezendes. He was the grandfather of the late Sandra Swain and brother of the late Alberto Almeida, Beatrice Motta, Helen Mahoney and Angie Medeiros. Adriano’s family would like to thank the entire staff at the Hathaway Manor for their friendship, compassion and care for “Cavey”. His funeral mass will be said 9am Wednesday March 4 at Our Lady of the Immaculate Conception Church. Visiting hours are private. Burial will be in St. John’s Cemetery. In lieu of flowers donations may be made to the Hathaway Manor activities department.

To order memorial trees or send flowers to the family in memory of Adriano Almeida, please visit our flower store.