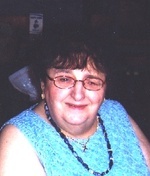 Alice (DePonte) Almeida 84 of New Bedford passed away Tuesday July 17, 2012 at St. Luke’s hospital. She was the widow of Antonio Almeida and daughter of the late Joseph and Alice (Carvalho) DePonte. She was born in New Bedford and was a lifelong resident. She was a communicant of St. Lawrence Martyr church. Mrs. Almeida was employed as a stitcher at Bristol Clothing and at Justin Clothing until her retirement. She was the president of the Panthers Golden Agers and the business agent for Amalgamated Clothing. Survivors include her daughters Linda Carreiras and her husband Antonio of North Dartmouth, Cindy Gonsalves and her former husband Jeffrey of New Bedford, Dorine “Dee” Tolley of New Bedford; her sister Ilene Souza and her late husband Matthew of North Dartmouth; her grandchildren Kelly Carreiras, Kristie Botelho, Heidi Gonsalves, Toni-Lee Carreiras, Shaun Botelho and his wife Angela, Jeffrey Gonsalves, also 6 Great-grandchildren. Her funeral mass with her cremains present will be said Saturday 9am at St. Lawrence Martyr church. Visiting hours are kindly omitted. Flowers are accepted but donations in her name can be made to the American Heart Association or the American Diabetes Association. Burial will be in St. John’s cemetery

To order memorial trees or send flowers to the family in memory of Alice Almeida, please visit our flower store.