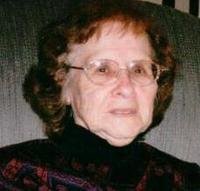 Alice (Monteiro) Quintal 92 of New Bedford passed away Monday October 7, 2013 at St. Luke’s Hospital. She was the wife of the late John Quintal and daughter of the late Jorge and Emily (Flora) Monteiro. She was born in Fairhaven and had lived in this area all of her life. She was formerly employed as a press operator at the Acushnet Co. until her retirement. She loved playing cards, bingo and watching Lawrence Welk. Survivors include her daughter Ann Collins of New Bedford; her son in law Dennis Collins of New Bedford; her sister Angie Samanica of New Bedford; her grandchildren Kelly De Gouveia, Jane Collins and Jeff Collins; her great grandchildren Jacob Nogueira, Hailey Moura, Lana Collins and Kelsey De Gouveia. Her funeral mass with her cremated remains present will be said Saturday 9am at Our Lady of the Immaculate Conception Church. Burial will be in St. John’s Cemetery.

To order memorial trees or send flowers to the family in memory of Alice Quintal, please visit our flower store.