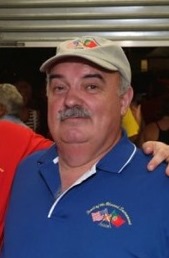 Anibal T. Moniz 73 of New Bedford passed away Monday December 31, 2018 at St. Luke’s Hospital. He was the son of the late Carolina Moniz. He was born in Santa Cruz, Madeira and had lived in this area for many years. Anibal was a communicant of Our Lady of the Immaculate Conception Church. He was employed in the automobile business for 37 years, starting as a salesman at George O’Hara Chevrolet and then as manager of Harte Toyota where he worked for 21 years. Anibal served as president of Clube Sport Madeirense from 1979 until 1989. He was also the president of Dia Madeirense, the only 100% non-profit organization to care for those in need on the island of Madeira. He was also a member of the Clube Madeirense S. S. Sacramento. Anibal was also a Government delegate of the Madeiran Congress of committees abroad, and dedicated most of the last 40 years helping those less fortunate on Madeira. He leaves behind his son John Moniz of New Bedford, his granddaughter Sophia Caroline Moniz and his lifelong partner Gabriela Martins. His funeral mass will be said 9am Saturday at Our Lady of the Immaculate Conception Church. Visiting hours are 5-8pm on Friday.Burial will be in St. John’s Cemetery. In lieu of flowers donations in his name maybe made to "Aldeia da Paz".

To order memorial trees or send flowers to the family in memory of Anibal T. Moniz, please visit our flower store.