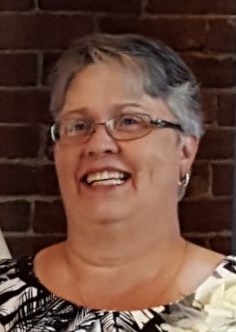 Anne Marie (Fidalgo) Phillips 64 of New Bedford passed away unexpectedly, on December 30, 2019, at St. Luke’s Hospital. She was the wife of Peter Phillips and daughter of the late Abel D. and Theresa M. (Gagnon) Fidalgo. She was born in New Bedford and was a lifelong resident. She was a communicant of St. Anthony of Padua Church in New Bedford. She was formerly employed as a telemonitoring technician for Southcoast VNA. Survivors include her husband; her daughter Marianne Phillips-Hunt and her husband Eric of New Bedford; her brother Alfred Fidalgo and his wife Theresa of Fairhaven; her sister Dorothy M. Holmes of Fairhaven; her grandsons Alexander Sharples and Eric Hunt Jr. also several nieces and nephews. She was the sister of the late Catherine Fidalgo. Her funeral mass will be said 9am Monday January 6, 2020 at St. Anthony of Padua Church. Visiting hours will be 4-6pm on Sunday January 5, 2020 at the Boulevard Funeral Home 223 Ashley Blvd. Cremation will follow her funeral mass.In lieu of flowers donations in her memory can be made to the St. Jude’s Children Hospital.
To order memorial trees or send flowers to the family in memory of Anne Marie Phillips, please visit our flower store.