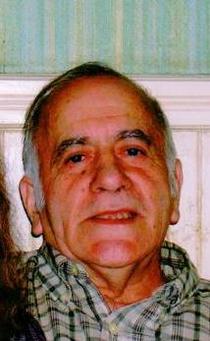 Antone Barboza 83 of New Bedford passed away suddenly, at home, on Friday December 13, 2013. He was the husband of Louise (Davignon) Barboza and son of the late Joseph C. and Maria A. (DaSilva) Barboza. He was lifelong New Bedford resident. Mr. Barboza was formerly employed by the Big G grocery store as the manager. He was a corporal in the U.S. Marine Corp serving during the Korean War. He was a 1949 graduate of New Bedford High School. Survivors include his wife; his son Kevin Barboza and his companion Lisa Amaral of Middleboro; his sister Dora Barboza of Dartmouth; his grandson Justin Barboza and his girlfriend Rachel Botelho; his niece Beverly Baptista Bajerski of Tallahassee, FL, his nephews Danny Baptista of Dartmouth and Donald Baptista and his wife Roseanne of Stoughton. He was the brother of the late Joseph Barboza, Arthur Barboza and Mary Baptista. His funeral service will be held 12pm on Wednesday at the funeral home Visitation will be from 11am until 12pm. Burial will be in the Veterans National Cemetery in Bourne.

To order memorial trees or send flowers to the family in memory of Antone Barboza, please visit our flower store.