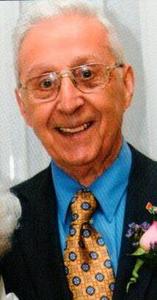 Antone S. Duarte Jr. 88 of Acushnet passed away Thursday August 29, 2013 at home. He was the husband of the late Irene (Pimental) Duarte and son of the late Antone S. and Luiza (Gomes) Duarte Sr. He was also the grandfather of the late Melissa Duarte. Mr. Duarte was a communicant of Our Lady of the Immaculate Conception Church. He was formerly employed as a pressman for Acushnet Process rubber division until his retirement. Mr. Duarte was a WWII veteran serving in the United States Navy. He was a member of the Portuguese American War Vets, Clube S.S. Sacramento and the Panthers Golden Agers. Survivors include his sons Steven and wife Madeline of Rochester, Kenneth and wife Sharon of Acushnet; grandchildren Michael Duarte, Kerri Gomes and Erin Scott; great grandchildren Michael Duarte Jr., Benjamin Duarte, Madison Gomes and Gabriella Gomes. He also has several nieces, nephews, great nieces and great nephews. His funeral mass will be said Tuesday 9am at Our Lady of the Immaculate Conception Church. Burial will be in Pine Grove cemetery. Visiting hours are Monday 5-8pm. In lieu of flowers donations can be made to the Melissa Duarte Foundation 25 Bennett Rd. Rochester, MA 02770

To order memorial trees or send flowers to the family in memory of Antone Duarte Jr., please visit our flower store.