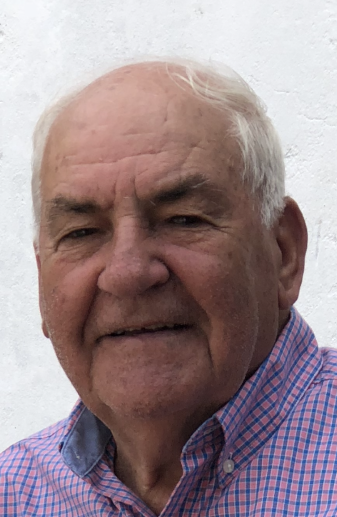 Antonio B. Barroso 87 of Acushnet passed away Monday July 27, 2020, at his home. He was the husband of Ana F. (Castro) Barroso, next month they would have been married for 60 years. He was the son of the late Joao Batista Barroso and the late Herminia Pires. He was born in Cambeses do Rio, Montelerge, Portugal, and had lived in this area for many years. He was a communicant of Our Lady of the Immaculate Conception Church. Antonio was formerly employed as a carpenter for Modern – Continental Co. until his retirement. He was a member of Clube Recordacoes de Portugal, serving as president several times and other offices. He was an amazing father and grandfather, a great man who always put his family first. He enjoyed spending time with his many friends. Survivors include his son Tony F. Barroso and his wife Michelle of Rochester, MA, his daughter Maria Fernanda Camara and her husband Jose of New Bedford, his brother Joaquim Barroso of Brazil and his sister Fernanda Pires Martins also of Brazil. He was the grandfather of Alicia Silva and her husband Michael, Sarah Barroso, Veronica Camara-Gibb and her husband Cody, Jonathan Barroso and Samantha Camara. He is also survived by nieces and nephews. He was the brother of the late Joao and Jose Barroso. Due to the current restrictions his visitation will be private for his immediate family. Everyone is invited to attend his funeral mass, 11am, Friday July 31, at Our Lady of the Immaculate Conception Church. All attendees are required to wear face coverings and practice social distancing. The attendance at church will be limited to 100 people. Arrangements are by the Boulevard Funeral Home 223 Ashley Blvd. New Bedford, MA. Burial will be in Pine Grove Cemetery.

To order memorial trees or send flowers to the family in memory of Antonio Barroso, please visit our flower store.