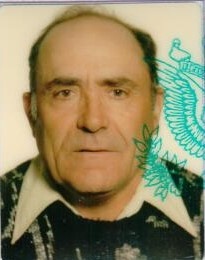 Antonio Afonso daSilva, 89, of New Bedford passed away Wednesday, December 23 at St. Luke’s hospital. He was the husband of Rosa (Fernandes) daSilva and son of the late Jose Maria Afonso daSilva and Lucinda daSilva. He was born in Montalegre, Portugal and had lived in New Bedford since 1966. He was a communicant of Our Lady of the Immaculate Conception Church. Antonio was formerly employed by Chamberlain as a chipper until his retirement. Antonio also worked for various construction companies. He served in the Portuguese Navy and was a member of the NRA. His family would like to thank Antonio’s caretakers, Fatima Reis, Ricadina Alves and Suzette Pires. Survivors include his wife, his sons Antonio F. daSilva Jr. of New Bedford, Mario daSilva of New Bedford of New Bedford; his daughters Maria Calvao of Dartmouth and Delores Furtado of New Bedford; his brother Jose daSilva of Brazil; his sister Gloria of Brazil , many grandchildren, many great grandchildren, great-great grandchildren, many nieces and nephews. He was the father of the late Jose daSilva and brother of the late Ana Pereira and Joao daSilva. Due to COVD-19 restrictions his funeral services will be private. Arrangements are under the care of Boulevard Funeral Home 223 Ashley Blvd.

To order memorial trees or send flowers to the family in memory of Antonio daSilva, please visit our flower store.