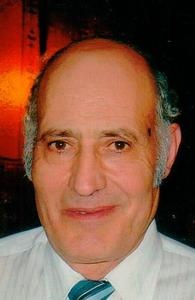 Antonio G. Martins 66 of New Bedford passed away suddenly, Saturday November 2, 2013 at St. Luke’s hospital. He was the husband of Ana M. (Lopes) Martins and son of the late Domingos and Gloria (Goncalves) Martins. He was born in Covas de Barroso, Boticas, Tras os Montes, Portugal and had lived in New Bedford for many years. He was a communicant of Our Lady of the Immaculate Conception Church. Mr. Martins was formerly employed as a polisher at Johnson and Johnson until his retirement. He enjoyed fishing with his brothers and being with his family. Survivors include his wife; his daughters Diane M. Arribada of New Bedford and Nancy M. Coelho of Acushnet; his brothers Abilio Martins of Acushnet, Walter Martins of New Bedford, Paul Martins of Acushnet, Jack Martins of New Bedford, Michael Martins of Dartmouth; his sisters Bertilia Martins of Portugal, Idalina Martinho of Fairhaven, Belinda Afonso of Acushnet; his grandchildren Derek Arribada, Victoria Arribada, and Zachary Coelho; also many nieces and nephews. He was the brother of the late Joao Martins. His funeral mass will be said Thursday 9am at Our Lady of the Immaculate Conception Church. Visiting hours are Wednesday 5-9pm. Burial will be in Pine Grove Cemetery.

To order memorial trees or send flowers to the family in memory of Antonio Martins, please visit our flower store.