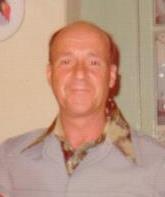 Antonio F. Pereira Jr. 88 of New Bedford passed away Saturday November 8, 2014 at the Sacred Heart Home, after a period of declining health. He was the husband of the late Gloria (Pacheco) Pereira and son of the late Antonio F. and Maria Guilhermina (Pimentel) Pereira. He was born in Achada, Nordeste, St. Michael, Azores and had lived in New Bedford since 1966. He was a communicant of Our Lady of the Immaculate Conception Church. Mr. Pereira was formerly employed in the maintenance dept. at Aerovox until his retirement. He was a lifetime member of the St. Michael Club. Survivors include his son Antonio J. Pereira and his wife Maria Natalia; his daughters Maria G. Pimentel and her husband Jose and Maria R. Machado all of New Bedford; his brother Artur Pereira of New Bedford; his sisters Isaura Miranda and Natalina Sousa both of St. Michael; 6 grandchildren, 6 great grandchildren, several nieces and nephews. He was the brother of the late Horacio Pereira and Maria Costa. His funeral mass will be said Wednesday 9am at Our Lady of the Immaculate Conception Church. Visiting hours are Tuesday 5-8pm. Burial will be in St. John’s Cemetery.

To order memorial trees or send flowers to the family in memory of Antonio Pereira Jr., please visit our flower store.