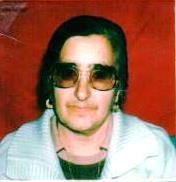 Arminda (Zacharias) Martins 92 of New Bedford passed away Wednesday, April 27, 2016 at Southeastern Mass Health and Rehab. She was the wife of the late Alfredo Rodrigues Martins and daughter of the late Cezar and Maria (Garnecho) Zacharias. She was born in New Bedford but raised in Portugal until returning in 1959. She loved working in her garden and enjoyed spending time with her family. She was a communicant of Our Lady of the Immaculate Conception Church. She was formerly employed as a stitcher at O.V. Dress Company until her retirement. She is survived by her sons; Armando Martins and wife Virginia of New Bedford, Jorge Martins and wife Linda of New Bedford, and Jose Martins and wife Luisa of Fairhaven, Her daughter Benvinda DaCosta and late husband Urgel of New Bedford, brother; Belcoir Zacharias of New Bedford and many grandchildren. She is sister of the late Emelia Tento. Her funeral mass will be held Tuesday, May 3, 2016 at 9AM at Our Lady of the Immaculate Conception. Burial will follow in Pine Grove Cemetery. Visiting hours will be held Monday from 5-8pm.

To order memorial trees or send flowers to the family in memory of Arminda Martins, please visit our flower store.