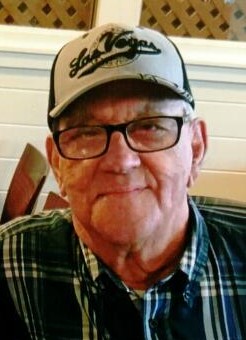 Arthur Santos, 85, of New Bedford passed away on Wednesday, December 9, at St. Luke’s Hospital. He was the son of the late Francisco and Joaquina (Luiz) Santos. He was born in Fairhaven and had lived in New Bedford most of his life. Arthur was employed by the city of New Bedford in the maintenance department and by Baylies Square Glass. He was a member of the 6th Bristol Club and the Panthers Club. He enjoyed being with his family, playing pool, Keno and dancing. Survivors include his daughters Denise May of Fairhaven and Debra Santos, his sisters Louise Sylvia of Marion, Hilda Giarrusso of RI and Grace Gonsalves of New Bedford. He is also survived by his grandchildren Clayton May and Dylan May, his great granddaughter Apryl May; also many nieces and nephews. He was the brother of the late Elvira Peterson, Mary Jesus, Amelia Baptiste, Rose Loureiro, Joaquin “Jack” Santos, August “Gus” Santos, Joseph “Chic” Santos, Antone “Tony” Santos, John Santos and Irene Gioiosa. In lieu of flowers donations may be made to the St. Jude’s Children’s Hospital. At his request he will be cremated.

To order memorial trees or send flowers to the family in memory of Arthur Santos, please visit our flower store.