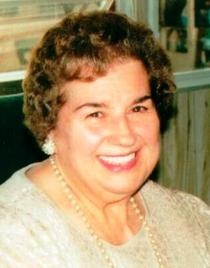 Bernadette A. (Alves) Costa 85 of New Bedford passed away Thursday February 6, 2014 at her home. She was the former wife of the late Antonio Alberto Costa and daughter of the late Joao and Maria Barbara (Fernandes) Alves. She was born in New Bedford and was a lifelong resident. She was a communicant of Our Lady of the Immaculate Conception Church. Bernadette was formerly employed as the office manager for the Portuguese American Export Line. Survivors include her sons Carlos Alberto Costa and his wife Susan M. Costa of Westport, Luis Manuel Costa and his wife Nancy A. Costa of New Bedford; her daughter Ana Maria Costa of New Bedford; her grandchildren Jennifer J. DaPonte and her husband Philip, Jonathan A. Costa, Jillian M. Helme and her husband Jonathan, Bethany A. Macedo, Trisha L. Costa and Stephen M. Tetreault; her great grandchildren Brandon Southworth, Jared Furtado, Preston DaPonte, Kinga DaPonte, Paul Mota Jr. and Aiden Helme. She was the mother of the late Carolina Tetreault and sister of the late John Alves, Laura Jorge, Luiz Alves, Abel Alves and Barbara Pimentel.  Her funeral mass will be 10:30am Monday at Our Lady of the Immaculate Conception Church. Cremation will follow. Visiting hours are Sunday 2-4 & 6-8 at the Boulevard Funeral Home 223 Ashley Blvd. In lieu of flowers donations may be made to the Alzheimer’s Association 480 Pleasant St. Wtertown, MA 02472

To order memorial trees or send flowers to the family in memory of Bernadette Costa, please visit our flower store.