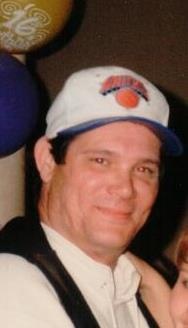 Brian West 58 of New Bedford passed away Sunday June 26, 2016 at St. Luke’s Hospital. He was the son of Benjamin West of Dartmouth and the late Ruth Shirley (Arsenault) West. He was born in Holyoke and had lived in New Bedford for many years. He was formerly employed as a machine operator at Precix. Survivors include his father, his daughter Nicole (West) Campbell of New Bedford, his sister Donna West of New Bedford, his grandchildren Kayla, Kayli, Jessie, Samantha, Amelia, Jaxson and one due in November. He is also survived by his longtime companion Jo-Ann Bertoldo of New Bedford. His visiting hours are Thursday 5-8pm. Cremation will follow. In lieu of flowers donations may be made to the National Kidney Foundation 85 Astor Ave. Norwood, MA 02062.

To order memorial trees or send flowers to the family in memory of Brian West, please visit our flower store.