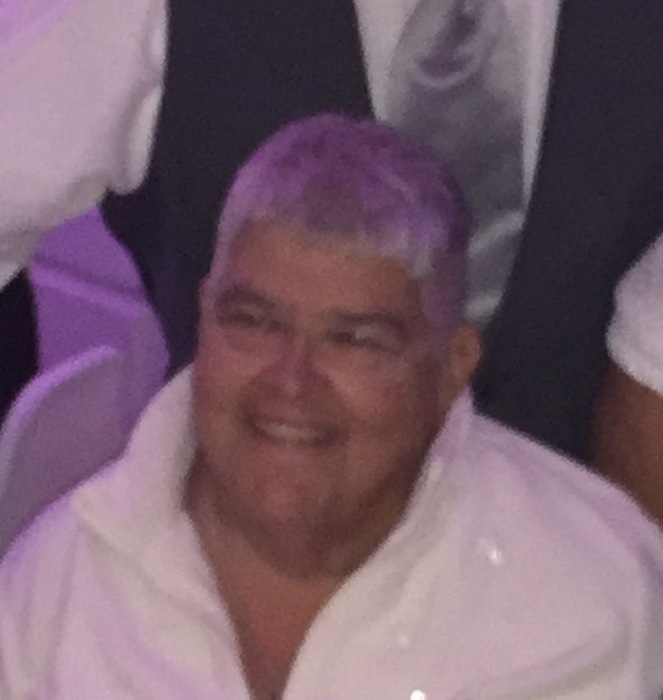 Catherine M. Fidalgo 63 of New Bedford passed away Sunday August 20, 2017 at Charlton Memorial Hospital. She was the spouse of the late Mary Irene Perry and daughter of Theresa M. (Gagnon) Fidalgo of New Bedford and the late Abel D. Fidalgo. She was born in Acushnet and had lived in New Bedford most of her life. She was a communicant of The Holy Name of the Sacred Heart of Jesus Parish. Cathy was formerly employed by the Hallmark and Sacred Heart Nursing homes as a licensed practical nurse. She was involved with the A.S.P.C.A and was a very loving person. Survivors include her mother; her sons Jonathyn Perry of New Bedford and Jarrick Fidalgo of New Bedford; her daughter Kathi Marie Fidalgo of Fall River; her brother Alfred D. Fidalgo of Fairhaven; her sisters Ann Marie Phillips of New Bedford and Dorothy M. Holmes of Fairhaven. She is also survived by several nieces and nephews. A funeral mass with her cremated remains present will be said 9am Tuesday at The Holy Name of the Sacred Heart of Jesus Church. Burial will be in Pine Grove Cemetery. Everyone is invited to meet at church. In lieu of flowers please make a donation to the charity of your choice.

To order memorial trees or send flowers to the family in memory of Catherine Fidalgo, please visit our flower store.