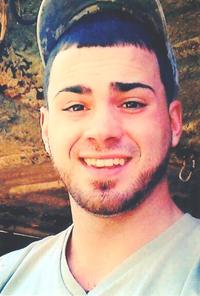 Charles Bettencourt 21 of New Bedford passed away unexpectedly on Saturday May 11, 2013 at Rhode Island Hospital. He was the son of Lilia O’Donnell and the biological son of Helena Silveira. He was also the son of the late Timothy O’Donnell and biological son of the late Charles Geiger II. Charles was a scalloper for the New Bedford scallop fleet. Survivors include his mother, his adopted mother; his brothers, Daniel Bettencourt and his wife Sarah of St. Albans, VT, Louis Alexander of Fall River; his sisters Leslie Bochman and her husband Luke Bochman, Cherry Bettencourt, Amanda Bettencourt all of New Bedford; his Maternal grandmother Durvalina Silveira of New Bedford, his Paternal grandmother Marie Geiger of New Jersey, his nephews Noah Bettencourt, Owen Bochman; his niece Emma Bochman; his girlfriend Hilarie Teves of New Bedford;  aunts, uncles and cousins. He was the grandson of the late Reinaldo M. Silveira and Charles Geiger Sr. His funeral mass will be held Thursday at  11am at St. Anthony of Padua Church. Visiting hours will be 4-8pm on Wednesday. Burial will be in Pine Grove Cemetery.

To order memorial trees or send flowers to the family in memory of Charles Bettencourt, please visit our flower store.