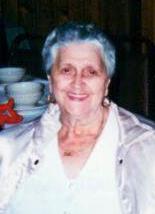 Cisaltina (Paixao) Aguiar 86 of New Bedford passed away Tuesday August 13, 2013 at the Oak’s. She was the widow of Joao Aguiar and daughter of the late Manuel and Beatriz Valerio Carreiro. She was born in St. Michael, Azores and had lived in New Bedford for many years. Mrs. Aguiar was a communicant of Our Lady of Mt. Carmel Church. She was a self-employed seamstress. Survivors include her son John Aguiar and his wife Paulina of Acushnet; her daughter Maria Vaz and her husband Ilidio of New Bedford; her sister Judite Simas of Portugal; her grandchildren Jaime Aguiar and his wife Kelly, the late Bobby Carreiro, John Paul Aguiar, Reggie Carreiro and his wife Liz, Michelle Aguiar and Leo Vaz; her great-grandchildren Kylie Aguiar, Cameron Aguiar, Phoenix Carreiro, Devon Gonsalves, Shea Fortes, Diego Carreiro and Ayama Carreiro; several nieces and nephews. Her funeral mass will be said 9am Saturday at Our Lady of Mt. Carmel Church. Visiting hours are Friday 5-8. Burial will be in Acushnet cemetery.

To order memorial trees or send flowers to the family in memory of Cisaltina Aguiar, please visit our flower store.