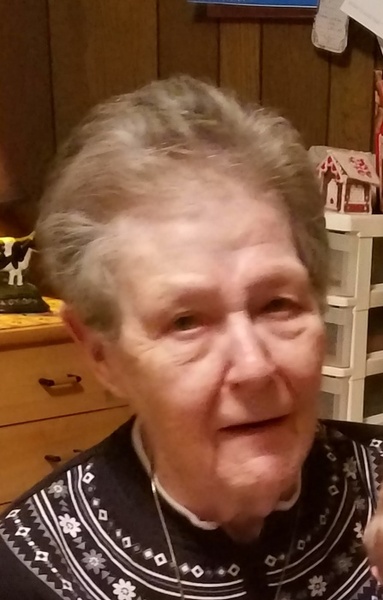 Claire C. (Gaudette) Michaud 87 of New Bedford passed away Friday December 22, 2017 at St. Luke’s Hospital. She was the widow of Maurice E. Michaud and daughter of the late Charles O. and Aurore (Gregoire) Gaudette Sr. She was born in New Bedford and was a lifelong resident. Claire was formerly employed as a clerical worker for Hemingway Transport, Social Security and the City of New Bedford. Claire loved watching her daily mass. She also loved to go gambling, playing cards, laughing and being with all her family and friends. She was a former member of the St. Anthony’s seniors and several travel groups. Survivors include her daughters Elaine Burgo of New Bedford and Claire “Cookie” VanCour of Hendersonville, TN; her grandson Chad M. VanCour; her great-grandson Adyn Major VanCour and his family. She is also survived by many nieces and nephews. She was the mother-in-law of the late Jim Burgo and Dennis VanCour. She was also the sister of the late Charles O. Gaudette Jr., Normand L. Gaudette, Donald R. Gaudette, Muriel L. LeBlanc and Jeanne I. Labelle. Her funeral mass will be said 9am Wednesday December 27 at the Holy Name of the Sacred Heart of Jesus Church. Visiting hours are 6-8pm Tuesday December 26. Burial will be in Sacred Heart Cemetery. In lieu of flowers donations may be made to the American Cancer Society.

To order memorial trees or send flowers to the family in memory of Claire Michaud, please visit our flower store.