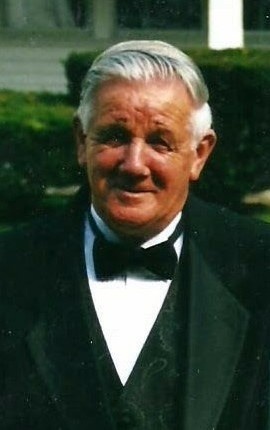 Daniel Ramos, 88, of South Dartmouth passed away at St. Luke's Hospital on Thursday, December 23, 2021 after a brief illness. He was survived by his wife Phyllis Ramos.

Daniel was born in Fall River, the son of the late Antonio M. and Sallie (Souza) Ramos (who passed at the age of 26 of an illness) and beloved step mother Emily (Albuquerque) Ramos.

Aside from a brief residence in Florida, the majority of his life was lived in the New Bedford area, including Acushnet and South Dartmouth.

Daniel played baseball and softball and was a life long Boston Red Sox fan. He was a dedicated family man who loved and was loved greatly by his family and close friends. Always looking to help out those in need. It wasn't uncommon to see him working on cars parked outside the house, fixing appliances for people at his home or bringing a homemade meal to people.

He loved to make those he was around laugh with this quick witted humor. He tried to see the best in everyone he met. Her will be greatly missed by all who knew him.

In accordance with Daniel's wishes he will be cremated with a Memorial Service to be held on Saturday, February 26th from 12-2pm at the Boulevard Funeral Home.

To order memorial trees or send flowers to the family in memory of Daniel Ramos, please visit our flower store.