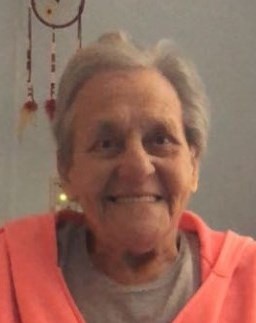 Delores (Lima) Charros 84 passed away Monday January 13 at St. Anne’s Hospital. She was the wife of the late Michael Charros Jr. and daughter of the late Joao and Mary (Botelho) Lima. She was born in Fairhaven and had lived in this area all of her life. She was formerly employed as a secretary for Calvin Clothing and Bank Five until her retirement. Survivors include her son Michael Charros of New Bedford, her daughters Linda Charros of Somerset, Lori Garganta of Somerset and Cynthia Charros of Fairhaven. She is also survived by 8 grandchildren and 4 great grandchildren. She was the mother of the late David Charros. Her visitation will be Saturday January 18, from 8am until 9am, when her funeral service will take place, at the Boulevard Funeral Home 223 Ashley Blvd. New Bedford, MA. Burial will be in St. John’s Cemetery.
To order memorial trees or send flowers to the family in memory of Delores Charros, please visit our flower store.