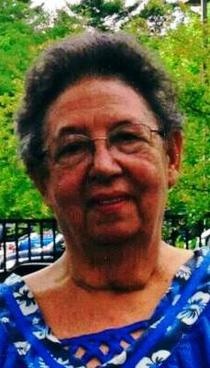 Diane (LaLiberte) McKibben 74 of New Bedford passed away at home on Sunday February 9, 2014. She was the wife of the late Clinton Frank McKibben and daughter of the late Richard and Hilda (Pittsley) LaLiberte Berry. She was born in Hartford, Ct and had lived in New Bedford for many years. She was a member of the First Church of the Nazarene. Diane was formerly employed by Standard Taxi as a driver. She loved doing crafts. Survivors include her daughters Darlene Joyce Oliveira and her husband Antone Oliveira Jr. of Acushnet, Barbara Montanez and her husband Gilbert Montanez of New Bedford; her grandson Antone “TJ” Oliveira III; her sisters Marjorie Abbel of Texas, Nancy Berry of Virginia and Roberta Berry of California. She was the mother of the late Steven McKibben. Her visitation will be Wednesday at 9am at the First Church of the Nazarene 764 Hathaway Rd. New Bedford, followed by her funeral service at 10am. Burial will be in Acushnet Cemetery.

To order memorial trees or send flowers to the family in memory of Diane McKibben, please visit our flower store.