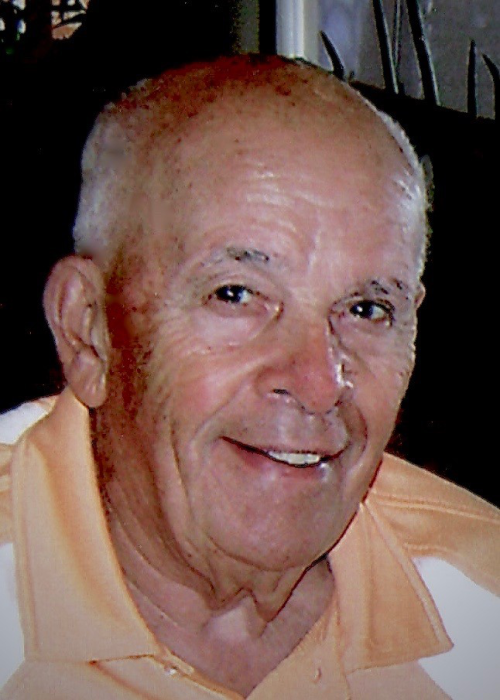 
Donald Kenneth Brazil, 92, of Dartmouth, MA, passed away peacefully on December 12, 2020 in New Bedford, MA, at St. Luke’s Hospital where he was born. He was the only child of the late Anthony S. “Tony” Brazil, and the late Mary Frances (Roderick) Brazil of New Bedford.

Donald, and his former wife Lillian Butterworth, treasured their sons and grandchildren.

He was the widower of the late Deolinda “Della” Brazil.

Donald leaves his beloved companion of thirty-two years, Elfriede Zuercher of Warwick, RI. He and Elfriede enjoyed gardening and shared their love of travel; they frequented Las Vegas, and toured the U.S., Canada, Europe, and Africa. His extended family includes Bill and Valerie Zuercher, Linda Dicicco and Cliff Schneider, Laura Dumont, and all of their children; Aubrey, Austin, Aidan, Daniel, Anthony, Alex, Danielle, Heather, and Christopher.

Don, in his earlier years, enjoyed hunting and fishing and had a lifelong interest in baseball and football. As a young man growing up in New Bedford, he played CYO baseball for St. John’s Church. He managed Dartmouth’s Little League team, the St. Louis Cardinals, that enjoyed an undefeated season in the early 1960’s.

During that time, he developed sixteen lots on land that he and his friend had purchased in Dartmouth, choosing one for his own home that he ‘stick-built’ with the help of his friends; he then went on to build another house next door to sell. For sixty years, he meticulously tended to his home while enjoying his wooded backyard bordering Buttonwood Brook.

He first honed his machinist and mechanical skills under the mentorship of his father. Together, they formed Marine Machinery in the late 1940’s, catering to the needs of New Bedford’s fishing fleet. Located on the ground floor of the Bourne Counting House on Merrill’s (Homer’s) Wharf, this machine shop couldn’t survive the ravages of 1954’s Hurricane Carol. With a family to feed, he took up employment with New Bedford Defense Products, later to become Chamberlain Manufacturing Corporation. Rising through the ranks, he wore many hats, and became a ‘Product Improvement Engineer’. During that time, he was tasked to troubleshoot problems in other facilities in the U.S. and in Europe. He was one of the last to leave when Chamberlain closed their New Bedford facility.

In the late 1970’s, he purchased a 42’ fishing dragger, “The Net Prophet”, which he completely rebuilt and rigged to dredge for quahogs. Crewed by sons Steve and Clyde, it docked in Padanaram and fished Dartmouth waters.

For about 25 years, he enjoyed meeting with friends of the St. John’s Breakfast Club. Originally 22 members, they met monthly at the Golden Greek Restaurant. Today, only one member survives.

A tireless worker, he not only faced challenges head on, but sought them out.
Above all, he was a devoted family man, a supportive father and grandfather, and a faithful friend.

Due to the pandemic, no services will be held at this time.

To order memorial trees or send flowers to the family in memory of Donald Brazil, please visit our flower store.