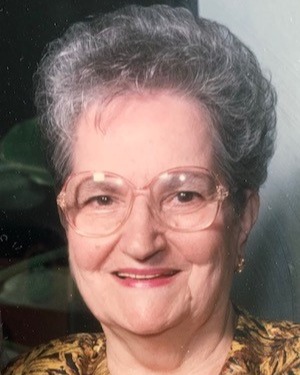 Eduina (Medeiros) Barros, 90 of New Bedford, passed away Monday, October 31, 2022 at St. Luke’s
Hospital. Born in St. Michael, Azores, Portugal she was the daughter of the late, Jorge Patricio Medeiros
and Maria do Rosario DeSousa Medeiros and wife of the late, Urbano Barros. Eduina was a loving
mother and best friend, who enjoyed knitting and crocheting and shopping with her sister, Otilia. She
moved to the United States with her family and March of 1965 where they have resided ever since.
Eduina worked for 26 years as a stitcher at Riverside Manufacturing, until her retirement. She is survived
by her daughters; Dora Fernandes, Susana Luce; brother, Jorge Medeiros; sisters; Grace Silveira; Otilia
Rodrigues; 3 grandchildren; 4 great grandchildren and several nieces and nephews. Her Funeral Mass
will be held on Wednesday, November 2nd at 10am at Our Lady of the Immaculate Conception Church,
committal will follow in St. John’s Cemetery. All are welcome to join us at Boulevard Funeral Home, 223
Ashley Blvd New Bedford at 9am.

To order memorial trees or send flowers to the family in memory of Eduina Barros, please visit our flower store.