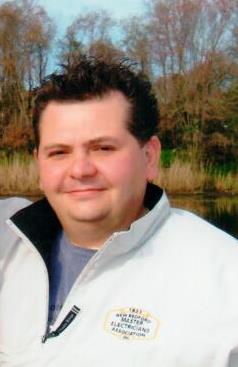 Eric Souza, 49 of Fall River died unexpectedly on May 13, 2020. He was born at St. Luke's Hospital in New Bedford. He was the son of MaryAnn Preece and the late Robert Wayne Souza. Eric was a good soul with a large heart. He graduated from GNBVT from the electrical department. He later became a master electrician working for the family company, National Switchboard Corp. for over 25 years. Eric also worked for Rexel as Chief Switchgear Estimator of New England. He recently started working for City Facilities Management. Eric enjoyed camping, skiing, white water rafting, traveling and spending time with his family and friends. He is survived by his mother; MaryAnn Preece of New Bedford, his sister; Sherry Souza of Florida, brothers; Joshua Garcia of New Bedford and Matthew Garcia of Fairhaven as well as many aunts, uncles cousins, nephews, a niece and his soulmate, Denise May. Due to the current restrictions on public gatherings, his funeral services will be private for the family.

To order memorial trees or send flowers to the family in memory of Eric Souza, please visit our flower store.