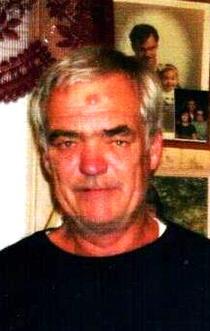 Ernest Rich 62 of New Bedford passed away July 8, 2014 at Southeastern Massachusetts Health and Rehabilitation Center. He was the husband of Lorine (Francis) Rich and son of the late Clarence Douglas Rich and the late Eleanor (Florent). Ernest was born in Acushnet and lived here for his entire life. He worked at Upper Deck as a Packer which he enjoyed. Ernest loved to go bowling and traveling to New Hampshire. Survivors include his wife; daughters Megan Rich of New Bedford and Kelli Crooks of Fairhaven; his brothers Stephen and wife Sharon of New Bedford, Charles and wife Kelly of Hyannis, and James of Lawrence; sisters Sharon Hopkinson of Westport and Sandra Pease of Fairhaven; his grandchildren Kennedi and Piper Crooks, also many nieces and nephews. Ernest was also the brother of the late Jacqueline Sylvia. In accordance with his wishes Ernest was cremated with a memorial service at the funeral home on Friday, July 18th from 6-8pm. Donations can made to the American Cancer Society.

To order memorial trees or send flowers to the family in memory of Ernest Rich, please visit our flower store.