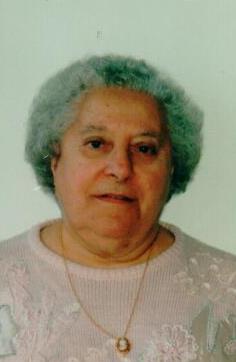 Fernanda (Cruz) Alves 99 of Fairhaven passed away Monday October 26, 2020 at Brandon Woods of Dartmouth. She was the wife of the late Anselmo Lourenco, Ramiro J. Dinis and James R. Alves. She was the daughter of the late Joao B. and Gracinda (daSilva) Cruz. She was born in Fall River and had lived in the New Bedford / Fairhaven area most of her life. She was a communicant of St. Joseph’s Church in Fairhaven. Fernanda was formerly employed at Ledra Manufacturing as a stitcher and a sorter until her retirement. She was a former member of the Panthers Golden Agers and the Fairhaven Golden Agers. Survivors include her son Edward Lourenco of Arizona, her step daughter Maria A. Bates of Acushnet, 2 grandsons Edward Paul Lourenco and Shane Eric Lourenco both of Arizona , 2 great granddaughters and one great great grandson all of Arizona . She is also survived by many nieces and nephews. She was the step mother of the late Arnaldo Alves and Fernando Dinis. She was the twin sister of the late Fernando Cruz and sister of the late Frank Cruz, Otilia Cruz Afonso, Manuel P. Cruz, James Cruz and Grace Albert. Her funeral mass will be said 10am, Friday October 30 at St. Joseph’s Church in Fairhaven. Everyone is asked to go directly to the church. All attendees are required to wear face coverings and practice social distancing.Arrangements are by the Boulevard Funeral Home 223 Ashley Blvd. New Bedford. Burial will be in Pine Grove Cemetery.
To order memorial trees or send flowers to the family in memory of Fernanda Alves, please visit our flower store.