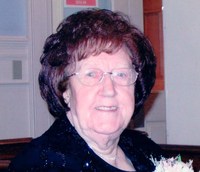 Francisca (Fonseca) DeMeneses 86 of New Bedford passed away Sunday October 20, 2013 at New Bedford Healthcare. She was the widow of Manuel C. DeMeneses and daughter of the late Antonio Coelho and Hermina (Aguiar) DaFonseca. She was born in Terceira, Azores and had lived in New Bedford for 44 years.  She was a communicant of Our Lady of the Immaculate Conception Church. Mrs. DeMeneses loved being with her family and cooking for them at the holidays. She was very proud of becoming an American citizen. Survivors include her children, Ricardo Meneses and his wife Arlete of New Bedford, Filomena Oliveira and her husband Oldemiro of New Bedford, Belmira Medeiros of New Bedford, Manuela Meneses of New Bedford, Eva Marques and her husband Carlos of New Bedford, Anne Lee and her husband the late Robert of Taunton; her sister Maria Rosa Silva of CA; 11 grandchildren, Elizabeth Coimbra, Joe DeMedeiros, James Medeiros, Robert Oliveira, Cindy Mello, Suzanne Oliveira, Stacy Botelho, Victoria Meneses, Monica Meneses, Samantha Lee and Robert Lee; 10 great grandchildren, several nieces and nephews. She was the mother of the late Helio Meneses. Her funeral mass will be said 9am Wednesday at Our Lady of the Immaculate Conception Church. Visiting hours are Tuesday 5-8pm. Burial will be in St. John’s Cemetery. Her family would like to thank the staff at New Bedford Healthcare for the kind and compassionate care given to Francisca.

To order memorial trees or send flowers to the family in memory of Francisca DeMeneses, please visit our flower store.