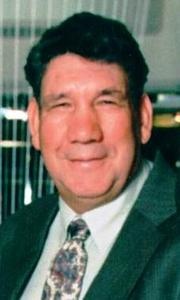 Francisco S. De Oliveira 80 of Acushnet passed away Wednesday September 18, 2013, at St. Luke’s hospital. He was the husband of Maria Marques and son of the late Antonio De Oliveira and Antonia Sousa. He was born in Cabeceiras De Bastos, Portugal and had lived in the New Bedford area since 1983. He was a communicant of Our Lady of the Immaculate Conception church. Mr. De Oliveira was employed by Capizzi and Company as a landscaper until his retirement. Survivors include his wife; his sons Fernando Oliveira of Acushnet and Almerindo Oliveira of Swansea; his daughters Aida Carrazedo of New Bedford and Cidalia Silva of Acushnet; 7 grandchildren; several nieces and nephews. His funeral mass will be said Saturday 9am at Our Lady of the Immaculate Conception Church. Visiting hours are 5-8 pm Friday. Burial will be in Pine Grove Cemetery.

To order memorial trees or send flowers to the family in memory of Francisco De Oliveira, please visit our flower store.