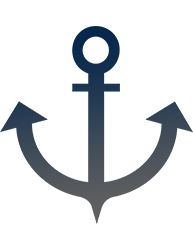 Gene W. Polchlopek 76 of Acushnet passed away Sunday August 5, 2018 at St. Luke's Hospital. He was the son of the late Joseph and Lillian (Vieira) Polchlopek.

Gene was born in New Bedford and lived in this area all of his life. He was employed as a commercial fisherman. Survivors include his daughters Deborah J. Polchlopek of Acushnet and Shellie A. Polcholpek of Freetown; his sister Cynthia LeRoux of New Bedford; his grandchildren Joseph Tyler, Joel Jennings, Samantha Haney and Rebecca Demers. He is also survived by his former wife Lillian Macedo. He was the brother of the late Edwin Polchlopek and Charlie Priest; the father of the late Joseph Polchlopek. In accordance with his wishes he will be cremated.

To order memorial trees or send flowers to the family in memory of Gene Polchlopek, please visit our flower store.

No services to be held