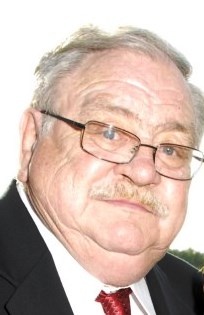 George L. Ott 82 of New Bedford passed away Wednesday, March 18 at St. Luke’s Hospital. He was the husband of Maria J. (Silva) Ott and son of the late Jesse L. and Ethel (Peaslee) Ott. He was a lifelong New Bedford resident. George was a communicant of Our Lady of the Immaculate Conception Church. He was formerly employed at Goodyear as a machine operator. In the prime of his life, George was an athletic, vibrant and loving man with a smile for everyone. As his health declined, his face continued to light up whenever visited by his loved ones, including his friends, nieces, nephews and his beloved godchildren. In his younger days, he enjoyed playing soccer, and was an active member of the Centro Luzo Club and later the Portuguese American Club. Although not of Portuguese heritage himself, he had met and married his beloved “Zezita”, and with her help, became fluent in the language. He was often and affectionately referred to as “The German” by the large group of Portuguese friends and acquaintances, who marveled at his ability to speak their native tongue. Together with his wife, they were known for having big parties, reminiscent of the Mad Men days, filled with food, laughter and merriment, especially during the holidays. Together, they travelled and were known to enjoy spur of the moment plans. He will be greatly missed by all who knew him. Survivors include his wife, nieces, nephews and godchildren. He was the brother of the late Eunice Woodis. Visiting hours are omitted. Due to the current restrictions on public gatherings, his Mass of Christian Burial and his burial will be private for his immediate family.

To order memorial trees or send flowers to the family in memory of George Ott, please visit our flower store.