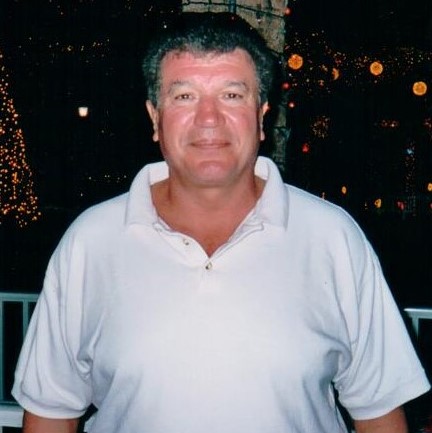 Gerald “Gerry” C. Almeida, 75, of Tiverton, passed away on Wednesday, February 9th at home with his family by his side. He was the husband of Patricia (Page) Almeida. He was predeceased by his first wife Janice (Mulcahy) Almeida. He was born in Fall River to the late Manuel Almeida and the late Mary (Almeida) Costa. He graduated from De La Salle Academy in Newport and from UMASS Dartmouth (formerly SMU). He played baseball and basketball for SMU and continued to play basketball well into his 40’s at the Boys Club in Fall River. He also refereed at local high school basketball games. He was a teacher for 35 years in the Fall River School system, most of those years at Durfee high school. Gerry enjoyed a lifetime of fishing, but his true passion was Quahogging. He was happiest when bull raking in Narragansett Bay on his boat “Jama Jama”, especially when his son Chris was alongside him bull raking in his boat “Sea Dog”. He enjoyed many Caribbean trips with Patti, his favorite being Negril, Jamaica. He is survived by his wife, Patti, son, Christopher Almeida and wife Diane, stepson, Raymond “RJ” LeBlanc and wife Rebecca, grandchildren, Christopher “Topher” Almeida and fiancé Jessica Carney, and USMC, Cpl Nicholas Almeida and wife Hailey, step grandchildren; Liam, Aiden, and Owen LeBlanc, brother, Edward Almeida, and several nieces and nephews. He was predeceased by his son, Gerald Almeida Jr., brother, Alfred “Fred” Almeida, and sister, Eileen (Almeida) Belisle. A brief memorial and a Celebration of Life will be held on Saturday, March 5th, both at Barcellos Restaurant, 1214 Stafford Rd., Tiverton from 12-3:30pm. In lieu of flowers please bring a memory to share of Gerry or leave a comment on his guestbook, found on www.boulevardfh.com

To order memorial trees or send flowers to the family in memory of Gerald Almeida, please visit our flower store.