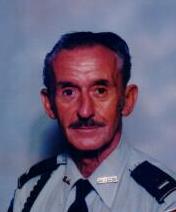 Harry E. Hopwood 87 of Leesburg, Fl. Passed away August 15, 2017 at home. He was the son of the late Harry Earl Hopwood and Salomea (Jankowska) Hopwood. He was born in Fairhaven and had lived in New Bedford for many years before moving to Leesburg in 1990. Harry was employed by Sears in Providence RI as a repair technician for 20 years and then as a security officer. Harry served in the United States during the Korean War and then in the National Guard Reserves. Survivors include his daughter Brenda Hopwood of New Bedford; his son Neil Bruteig of Hollywood, FL,  his sister Beverly Morrisseau of North Dartmouth, his granddaughter Ryan daCosta and her husband Eric, his great-grandson Grant Andrew daCosta; his nephews Steven and Richard Morrisseau. He was the uncle of the late Kathleen DeFrias and Suzanne Vicente. Visiting hours are Wednesday 6-8pm. His funeral mass will be held 10am Thursday at St. Julie Billiart Church. Everyone is asked to go directly to church. Burial will be in the Veterans section at Pine Grove Cemetery immediately following the Mass.

To order memorial trees or send flowers to the family in memory of Harry Hopwood Jr., please visit our flower store.