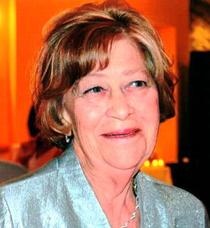 Hilda (Oliveira) DeLucia 86 of New Bedford passed away July 1, 2016. She was the wife of the late William DeLucia and the daughter of the late Leopold and Deolinda (Rogers) Oliveira. Hilda was born in Mattapoisett and lived in New Bedford all her life. She worked as a seamstress for various companies. Survivors include her son Richard DeLucia and wife Theresa of Dartmouth, daughter Jane Mulroy and husband Kevin of New Bedford, and many grandchildren and great grandchildren. Hilda is predeceased by her daughter Kathy Medeiros. Hilda's Funeral Service is being held at The Church of The Good Shepherd at 357 Main St, Fairhaven on Sunday, July 17th at 10:00AM.

To order memorial trees or send flowers to the family in memory of Hilda DeLucia, please visit our flower store.