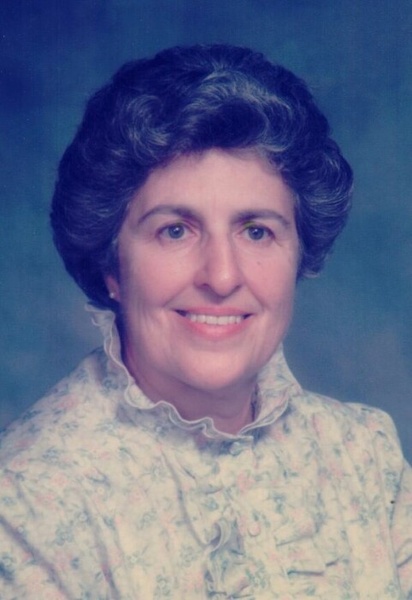 Hilda Correia Jasinski, 98, was born to eternal life surrounded by her children on Wednesday, April 21st at Alden Court Nursing Home of Fairhaven on the feast day of St. Anselm, Doctor of the Church. She was the loving wife of the late Mitchell S. Jasinski. Loving mother, grandmother of 10 grandchildren and 8 great-grandchildren.

Hilda was born on Flag Day June 14, 1922 in New Bedford, Massachusetts daughter of the late Seraphim and Marianna (DeSousa) Correia who emigrated from both Santo Antonio, Nordestinho and Ponta Garca, Sao Miguel, Acores.  She attended the Sarah D. Ottiwell and Lincoln Schools and could name all the teachers she had.  As the third oldest of seven Correia children, Hilda was fluent in Portuguese and had to leave her schooling in 6th grade to help her mom care for her younger siblings.  In her teens and early twenties Hilda worked at the Friedman Shoe Company where she met the love of her life, Mitchell "Mickey." He was one of five men out of 200 in his infantry to survive WWII. When he returned to New Bedford they married November 23, 1946 and settled on Collette Street to raise a family.

Devoted to her Catholic faith she placed God first in her life and lovingly cared for their five children.  The Mass, sacraments, rosary, and benediction were central. She attended Mass every day whether it be at Immaculate Conception, St. Killians, St. Anthony, Our Lady of Perpetual Help, or Our Lady's Chapel downtown. She never drove a car but instead walked, took the bus, or counted on family and friends for rides.

After the death of Mickey in 1970 she made a Cursillo Retreat a year later at Stonehill College.  It renewed her spiritual walk with the Lord. She began attending prayer meetings at St. Patrick's church in 1971 where Fr. John Randall introduced the Charismatic Renewal in the Catholic Church to his congregation.

Hilda was a founding member of the New Jerusalem Community at Sacred Hearts Academy in Fairhaven in 1971. As a greeter and instructor of the history of the renewal to small groups, it was her responsibility to phone area priests to celebrate the Saturday night Mass at the Academy before the prayer meetings.  She also organized and notified the teams of people to serve in the kitchen for the Sacred Heart Academy retreats. She attended the 1972 Charismatic Renewal Conference at the University of Notre Dame in South Bend, Indiana and later in Kansas City, Missouri. She served her beloved Immaculate Conception parish in the Parent Educators Society where every six months she and the late Frances DaSilva would bring a medal and Catholic literature to moms of newborns in the parish, helping them establish a foundation of faith in their homes.

At Immaculate Conception she was a member of the Couples Club, the Holy  Rosary Society along with her mom and was delighted as a Lady of the Rosary to have her daughter and granddaughter join the Sodality making four generations.

She was also a CCD teacher and a Eucharistic Minister for many years.

Hilda served the Interchurch Council as a counselor for those who needed help and continued nurturing these people all her life. A Promoter of the Central Association of the Miraculous Medal and Member of the Legion of Mary, she wore a scapular and prayed the Holy Rosary daily. When her health no longer permitted she watched the Mass on cable TV on Eternal Word Television Network founded by Mother Angelica.

On December 8, 1994 she professed her vows as a Third Order member of the Community of Our Lady, Queen of the Seraphic Order of Our Lady’s Chapel in downtown New Bedford. She took the name sister Hilda Maria Jacinta of the Five Wounds of Jesus.

She was a member of the Womens Auxiliary of Polish American Veterans. Embracing her husband’s Polish heritage, golumkis, pierogies, kielbasa, and kapusta were enjoyed with her family.

Hilda loved playing the piano by ear, cooking, sewing, knitting, crocheting, playing “kings in four corners” card games, preserving piccalilli, preparing tapioca for the family gatherings, and eating a boiled lobster.  Very proud of her Azorean Portuguese heritage she traveled to Saint Michael for the Feast of  Senhor Santo Cristo dos Milagres. She visited Bermuda as a gift for her 70th birthday and traveled to Fatima, Portugal in September 1984.

Whenever her children left the front door she instructed them with the words “juizo na cabeca” which she translated as “brains in the head.“ Forever her family will remember her waving at the window on Collette Street and in the windows of Alden Court during the pandemic.

Moura and his wife Kathy of Lakeville, Jennifer Moniz and her husband Christopher of

The family would like to thank Father Daniel Reis, longtime Pastor of Immaculate Conception, Fr. David Lupo and his team who provided monthly Masses before the pandemic, and Fr. Matthias of our Lady’s Chapel for tending to Mom’s spiritual wellbeing.

To order memorial trees or send flowers to the family in memory of Hilda Jasinski, please visit our flower store.