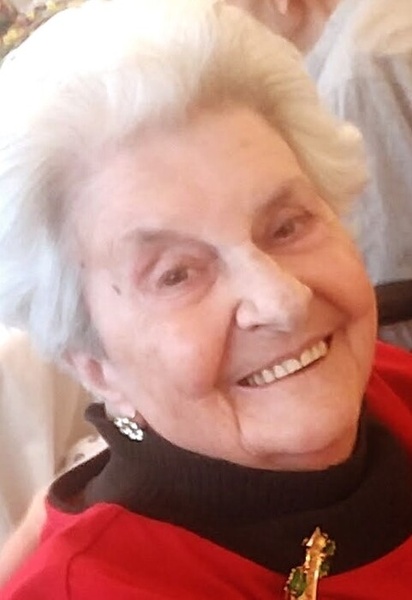 Hilda Fernandes (Lage) Laliberte, 88 years beautiful, passed away on Friday, February 19, at her home. She was the wife of the late Edmond Laliberte and daughter of the late Daniel and Anna (Gonsalves) Lage. She was born in New Bedford on February 16, 1933 and was a resident of Acushnet for 60 years. Hilda graduated from Normandin middle school in 1947 and from New Bedford High School in 1951, where she was voted most “happy go lucky”. Hilda and Edmond were married on November 25, 1954 at Our Lady of the Immaculate Conception Church. As a young woman, she worked at United Fruit and later as a saleswoman at Delilah’s Boutique and as a bookkeeper for Smith’s (a local seller of fine goods and products). She was a communicant of St. Francis Xavier Church. Survivors include her children Edmond Laliberte Jr. of New Bedford, Michel Ferguson of New Bedford, Donna Laliberte of Rochester and Mark Steven Laliberte of New Bedford, her elder brother Fernando Lage of Acushnet, her grandchildren, Shawn Ferguson, Jennifer Ferguson, Michael Laliberte, Christopher Laliberte and Julia Laliberte. She is also survived by 5 great grandchildren. Hilda loved being with her family, being outdoors, the ocean and camping. She spent many summer’s camping at Mary’s Pond. She enjoyed traveling with her husband. Hilda was an avid animal lover and enjoyed giving to her favorite charitable organizations, including St. Jude’s, Salesian Missions and various VA support organizations. Her family would like to thank Compassionate Care Hospice team, especially nurse Danielle Charbonneau, CNA Wendy Stevens and Chaplin Ken Hart for their continuous love and support. Also Beacon Hospice nurse Larissa Hoff, Chaplin Daryl Gray and CNA Dulce Mota. A special thank you to Dr. Ahmet Dirican for his loyalty and gift of Elder Home Care Specialist, his office manager Karen for their exceptional love and loyalty to their patients. A special thank you to mom’s loyal private caregivers Doreen Smith and Lenox Rose, for the past 3 years, Paula Almeida and former caregivers Gabriella Medeiros, Bonnie Lee and Rebecca Maldonado. Services will be private with a Memorial Mass at a later date. Arrangements are by the Boulevard Funeral Home 223 Ashley Blvd. New Bedford, MA. For online guest book please visit www.boulevardfh.com.

To order memorial trees or send flowers to the family in memory of Hilda Laliberte, please visit our flower store.