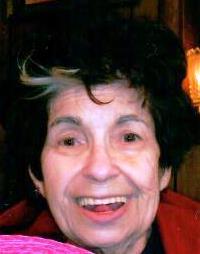 Bedford Ilda (Souza) DaSilva 84 of New Bedford passed away Wednesday February 12, 2014 at the Royal in Fairhaven after a period of declining health. She was the wife of the late Manuel DaSilva. Born in New Bedford, she was the daughter of the late Antonio and Hortense (Albuquerque) Souza. Mrs. DaSilva was a hairdresser in New Bedford then moved to Long Island, NY where she became owner/operator of her own shop for 30 years before moving back to New Bedford in 1994. She was a communicant of Our Lady of the Immaculate Conception Church. Mrs. DaSilva enjoyed knitting, baking, shopping and going out to eat. Survivors include 2 nieces, Linda Deijkers of Las Vegas, NV and Shawnee Ballard of Dartmouth, MA; 2 nephews, Michael Souza and Christopher Souza both of New Bedford; 8 great-nieces and nephews and 4 great-great nieces and nephews. She was preceded in death by her brother Antone “Tony” Souza and her sister Izaura “Hazel” Pinto. A celebration of her life, with her cremains present, will be held Wednesday February 26 from 5-7pm at the Boulevard Funeral Home 223 Ashley Blvd. Her burial will be private. In lieu of flowers donations may be made to the National Kidney Foundation 85 Astor Ave. Suite 2 Norwood, MA 02062.

To order memorial trees or send flowers to the family in memory of Ilda DaSilva, please visit our flower store.