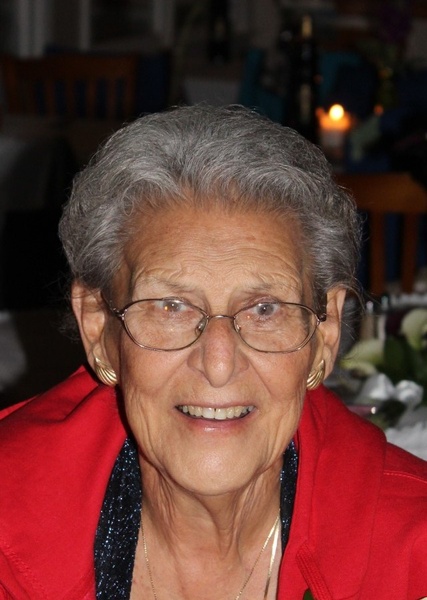 Ilda B. Starkie daughter of the late Manuel Batista and the late Maria (Sol) Batista of Madeira, Portugal, passed away of Friday, May 4, 2018, surrounded by the comforts of her home and her loving family. She lived for 18 years after the passing of her beloved husband Fred Starkie with whom she shared 47 years of marriage. Born and raised in New Bedford, Ilda was a graduate of the New Bedford High School (1947) and the Kinyon Business School (1948). She was employed by the Insurance Rating Association until she entered college at the age of 38. While raising children and working, she earned a Bachelor’s Degree from SMU and, in 1971, started her career as a teacher at Wareham High School. While teaching stenography, typing and accounting, she Co-Advised several classes, received a Plymouth County Education Association Award, chaired two NEAS&C self-studies, earned two Masters Degrees (Bridgewater State, Suffolk), served as Principal of the WHS Summer School Program for more than a decade, and coordinated numerous school events including an annual Scholarship Awards Night. After retirement in 1995, Ilda was an active member of the local community. She was a SMILES mentor and a Red Hat Lady to note a few. Ilda was incredibly proud of her Madeiran descent. She volunteered at the Museum of Madeiran Heritage, served on the Club Madeirense S.S. Sacremento Scholarship Committee, and faithfully worked in the malasada booth at the annual Feast of the Blessed Sacrament. Ilda will be missed by her three children and their significant others; Daniel Starkie of Fairhaven and Jennifer Gaumont of Mattapoisett, Paul Starkie and his wife Sharon of Fairhaven, and Barbara Starkie and Denise Fleming of Fairhaven. She leaves behind four grandchildren and their significant others; Michael Starkie and his wife Sherri of Acushnet, US Army Warrant Officer Pamela Starkie and Adam Burley of El Paso, TX, Jessica Starkie and Michael Winsper of New Bedford, and Navy Lt. Cameron Woods and his wife Monkia of Virginia Beach, VA, as well as six great grandchildren with whom she made many memories. Ilda also leaves behind a sister, Laura Crocco of Falmouth, and two nephews, Denis and David Crocco of Manchester, NH, and Brighton, MA, respectively. Visiting hours at Boulevard Funeral Home, 223 Ashley Blvd., New Bedford, are on Tuesday, May 8th from 4:00-8:00 pm. Funeral Service will be held at Our Lady of the Immaculate Conception Church, 136 Earle St., New Bedford, MA, at 11:30 am on Wednesday, May 9th. In lieu of flowers, please send donations to either the Club Madeirense S.S. Sacramento Scholarship Committee to the attention of Paul LeComte or to the Kennedy-Donovan Center by visiting https://www.kdc.org/
To order memorial trees or send flowers to the family in memory of Ilda Starkie, please visit our flower store.