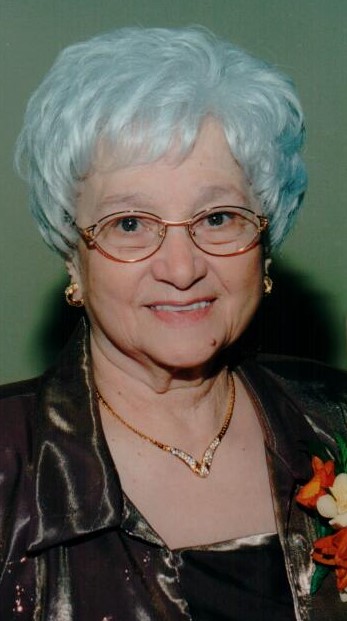 Inezia (Rafael) Raposo, 96, of New Bedford, a resident of Tabor Mill Apartments for over 30 years passed away at Care One of New Bedford on Friday, July 15th. Born in Ponta Delgada, St. Michael, Azores, Portugal she was the daughter of the late Jose Rafael and the late Maria Isabel (Sousa) Rafael and wife of the late Manuel Serafim Raposo. She came to the US in 1960 and worked at Elco Dress Co. until her retirement. Inezia was a devout Catholic and communicant of Our Lady of the Immaculate Conception Church where she was a member of the Holy Rosary Sodality. She enjoyed making sweet bread and rice pudding for her family and friends and crocheting blankets for family and friends who were having babies. One of the biggest joys in life was getting her license at the age of 51 and driving her car until the age of 91. A special thank you to the staff of Care One of New Bedford - Dartmouth Unit and for Compassion Hospice Care. Inezia is survived by her daughter Delia Martin and husband, Wayne of East Freetown; son John Raposo and wife, Lisa of New Bedford; granddaughter, Tanji Cifuni and husband, Richie of Winthrop; granddaughter-in-law, Angela Martin of Dartmouth; 10 great grandchildren; and many nieces and nephews, whom she cherished dearly. She is preceded in death by her sisters, Natalia Medeiros and Valdemira Pacheco; brother, Manuel Rafael; grandson, Shane Eric Martin; great grandson, Jaydon Eric Martin. A Funeral Service will be held at the Boulevard Funeral Home on Monday, July 25th at 9am, burial will follow in St. John’s Cemetery. A visitation will be held Sunday, July 24th from 5-7pm. In lieu of flowers the family requests you make a donation to the Shane Eric Martin Foundation, which can be left at the funeral home or mailed to at 21 Estelle Ave East Freetown, MA 02717.

To order memorial trees or send flowers to the family in memory of Inezia Raposo, please visit our flower store.