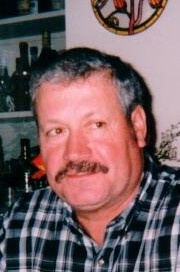 Joao Victorino 69, of New Bedford, passed away on July 22, 2022 at Massachusetts General Hospital. He was the husband of Aldina (Gomes) Victorino and son of the late Antonio Victorino and the late Maria Viera. He was born in Anelhe, Portugal and had lived in New Bedford since 1972. He was a communicant of Our Lady of the Immaculate Conception Church. Joao was employed as a machine operator for P. Giosa and Sons.  Survivors include his wife, his son Jimmy Victorino, his daughter Jeannie Victorino, a granddaughter, who he considered his daughter, Mikhaila Victorino, his grandson Jared DaSilva. He is also survived by his brothers Arlindo Victorino, Tino Victorino and Carlos Victorino, his sister Gloria Miranda and several nieces and nephews. He was the father of the late Jennifer Victorino. His visiting hours are Tuesday, July 26, from 5 to 7pm at the funeral home. His funeral mass will be said, 9am, Wednesday, July 27 at Our Lady of the Immaculate Conception Church. Burial will be in Pine Grove Cemetery.

To order memorial trees or send flowers to the family in memory of Joao Victorino, please visit our flower store.