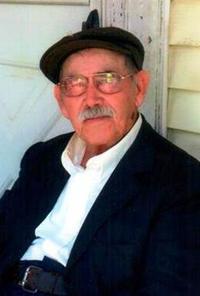 Joaquim Coelho Silva 87 of New Bedford passed away at home on Sunday August 18, 2013. He was the husband of the late Prazeres (Cardoso) Silva and son of the late Jose Coelho and Maria Rosa daSilva. He was born in Campo do Valongo, Porto, Portugal and had lived in New Bedford since 1970. Mr. Silva was a communicant of Our Lady of the Immaculate Conception Church. He was formerly employed as a machine operator at J.I. Paulding until his retirement.  He was a member of the Portuguese American Athletic Club, he enjoyed taking care of his garden and his grape vines. He was a big soccer fan and his favorite team was Porto. Survivors include his son Antonio Silva of Westport; his daughters Lucy Silva, Ana Gonsalves and Mary Jo Carvalho all of New Bedford; his grandchildren Stephanie Carvalho, Christopher Silva, Andrew Silva and Brady Silva; his great-granddaughter Grayson Silva; also brothers, sisters, nieces and nephews in Portugal. His funeral mass will be said 9am Thursday at Our Lady of the Immaculate Conception Church. Visiting hours are Wednesday 6-8pm. Burial will be in Pine Grove cemetery

To order memorial trees or send flowers to the family in memory of Joaquim Silva, please visit our flower store.