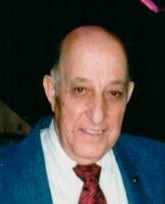 John Carvalho, 95 of New Bedford, formerly Acushnet, passed away at The Oaks Nursing Facility on Saturday, May 7, 2022. Born in New Bedford, he was the son of the late Joseph Pereira and Maria Conceicao Carvalho and husband of the late Deolores (Andrade) Carvalho. John worked for many years as a truck driver and fork lift operator for many companies including Atlas Tack, Revere Copper & Brass, and was foreman at Worley Bedding. He had an extensive Military Career where he served in both the United States Marine Corp, the United States Navy and the United States Navy Reserves. A veteran of WWII, The Korean War and The Vietnam War, John was a member of the Seabees MCB12 where he was a heavy equipment operator. He retired from the US Navy Reserves in 1988. Throughout his life, John was member Acushnet Planning Board, a life member of the Acushnet VFW, was the President of the Jolly Seniors of Acushnet, on the board of the Council on Aging in Acushnet, worked at the Acushnet Water Dept, and was Shop Steward for the UAW. He is survived by his son, John Carvalho Jr and wife, Lorraine Marie of Freetown; daughter, Doreen Gregory and husband, Dana of New Bedford; Grandchildren, Brian K Carvalho, Melissa Massee, Michael P Carvalho, Craig A Gregory, Meaghan Gregory; great grandchildren, Brandon, Emma, Levi, Jesse and many nieces, nephews, great nieces and great nephews. He is preceded in death his brother, Joseph Jardin and sisters, Alice Pereira, Carrie Sousa, and Clara Allain. A visitation will be held Wednesday, May 11 from 5-8pm at the Boulevard Funeral Home, 223 Ashley Blvd. His Funeral Mass will be said Thursday, May 12th at 11:30am, at St. Francis Xavier Church in Acushnet. A Burial with cremated remains will be held Tuesday, May 31st at 1pm at Acushnet Cemetery.

To order memorial trees or send flowers to the family in memory of John Carvalho, please visit our flower store.