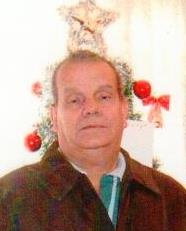 John C. DaSilva 72 of New Bedford passed away Saturday May 27, 2017 at Charlton Memorial Hospital. He was the husband of Alice Trindade (Duraes) DaSilva and son of the late Bladimiro and Purificacao (Cruz) DaSilva. He was born in Carvalhal Redondo, Beira Alta, Portugal and had lived in New Bedford since 1969. He was a member of the Assembleia Pentecostal of New Bedford. John was employed at Acushnet Company as a machine operator until his retirement. He also served in the Portuguese Army in Angola. Survivors include his wife, his son Paul DaSilva of New Bedford, his brother Antonio DaSilva of Portugal, also several nieces and nephews. He was the brother of the late Maria Elena DaSilva, Ester DaSilva, Daniel DaSilva and Jose DaSilva. His funeral service will be held 11am Wednesday. Visitation will be also be Wednesday from 10-11 am. Burial will be in Pine Grove Cemetery.

To order memorial trees or send flowers to the family in memory of John DaSilva, please visit our flower store.