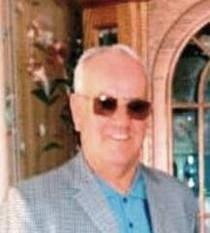 John Medeiros Jr. 91 of New Bedford passed away Wednesday January 6, 2016 at St. Luke’s Hospital. He was the husband of the late Mary “Connie” (Coelho) Medeiros and son of the late John Medeiros Sr. and Laura (Silva) Medeiros. John was born in New Bedford and was a lifelong resident. He was a communicant of Our Lady of the Immaculate Conception Church. He was formerly employed as a packer at Eastern Sportswear until his retirement. John enjoyed bowling at Wonder Bowl and dancing at Fort Taber. Survivors include his niece and caregiver Norma Medeiros, her husband Daniel and their son Brenton of East Freetown; his brother Manuel Medeiros of New Bedford; his sisters Laura Morris of New Bedford, Celia Correia of New Bedford, Dot Camire of Dartmouth; several nieces and nephews. He was the father of the late Rosemary Medeiros and brother of the late Mary Tavares and Frank Medeiros. His funeral mass will be said Monday 9am at Our Lady of the Immaculate Conception Church. Visiting hours are Sunday 2-4pm. Burial will be in St. John’s Cemetery

To order memorial trees or send flowers to the family in memory of John Medeiros Jr., please visit our flower store.