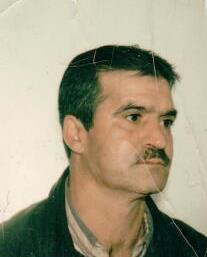 Jose F. Costa 56 of New Bedford passed away Monday July 18, 2016 at St. Luke's hospital. He was the son of the late Jose daCosta Mestre and the late Maria daConceicao Medeiros Dutra. He was born in St. Michael, Azores and had lived in New Bedford since 1980. He was formerly employed as a laborer in the construction industry. Survivors include his son Jerry Costa of New Bedford; his sisters Maria Beldina da Dutra Mester Couto of New Bedford and Maria de Lurdes da Dutra Mestre Bernardo of St. Michael. A graveside service will be held 11am Friday at Pine Grove Cemetery.

To order memorial trees or send flowers to the family in memory of Jose Costa, please visit our flower store.