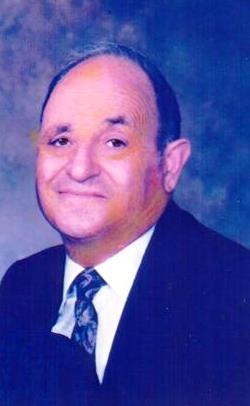 Jose daCosta 90 of New Bedford passed away Tuesday April 30, 2019 at St. Luke’s Hospital. He was the husband of the late Maria R. (Martins) daCosta and son of the late Lucio daCosta and Aurora Figueiredo. He was born in Linhares, Portugal and had lived in New Bedford since 1966. Jose was a communicant of Our Lady of the Immaculate Conception Church. He was formerly employed as a laborer for Windsor Village in Waltham until his retirement. He was a member of the Portuguese American Athletic Club; he also enjoyed gardening and spending time with his family. Survivors include his sons Andre daCosta and his wife Linda of Dartmouth, Joaquim daCosta of New Bedford and Michael daCosta and his wife Heather of New Bedford. His daughters Rosa Mimoso and her husband Augusto of New Bedford and Connie Ferreira and her husband Pedro of New Bedford. 12 grandchildren, 12 great grandchildren and many nieces and nephews. He is the father–in-law of Zita daCosta wife of the late Manuel daCosta. Jose was the brother of the late Jose Maria daCosta, Andre daCosta, Francisco daCosta, Antonio daCosta, Alice Marmelo, Dozinda Almeida and Rosa Pinhancos. His funeral mass will be said 9am Friday at Our Lady of the Immaculate Conception Church. Visiting hours are Thursday 5-8pm. Burial will be in Pine Grove Cemetery. In lieu of flowers donations may be made to the Alzheimer’s Association or the American Cancer Society.

To order memorial trees or send flowers to the family in memory of Jose daCosta, please visit our flower store.