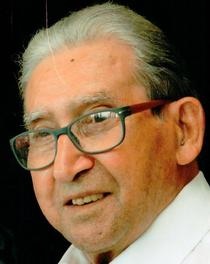 Jose A. Ferreira 85 of New Bedford passed away Wednesday December 10, 2014 at the New Bedford Healthcare Center. He was the husband of Maria A. (Costa) Ferreira and son of the late Manuel and Clotilde Augusta Ferreira. He was born in Mangualde, Portugal and had lived in New Bedford for 38 years. He was a communicant of Our Lady of the Immaculate Conception Church. Mr. Ferreira was employed at International Dryer as a welder until his retirement. Survivors include his wife; his son Antonio Luis Ferreira of New Bedford; his daughters Maria deFatima Sequeira of Portugal, Maria C. Santos of New Bedford, Ana Santo of Acushnet, Laura Cabral of New Bedford, Olga Moura of New Bedford; his brother Antonio Ferreira of Brazil; his sisters Natalia Ferreira of Mangualde, Maria Fernanda Ferreira of Spain; 13 grandchildren, 5 great grandchildren, many nieces and nephews. He was the father of the late Maria Nazare Ferreira. His funeral mass will be said 9am Tuesday at Our Lady of the Immaculate Conception Church. Visiting hours are Monday 5-8pm.Burial will be in Pine Grove Cemetery

To order memorial trees or send flowers to the family in memory of Jose Ferreira, please visit our flower store.