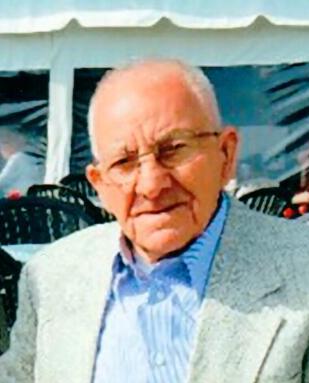 Jose Gomes daSilva 87 of New Bedford passed away Friday October 19, 2018 at St. Luke’s Hospital, after a long illness. He was the husband of Rosa (Goncalves) daSilva and son of the late Jose Gomes daSilva and Albertina daCosta. Jose was a communicant of Our Lady of the Immaculate Conception Church. He was born in Zebral, Portugal and had lived in New Bedford since 1974. He was employed in the landscaping business. He was a member of the New Bedford Sports Club. Survivors include his wife; his daughters Albertina Mendes of Somerset, Arminda Reis of New Bedford, Delfina daSilva of New Bedford and Idalia DaCosta of Fairhaven. He is also survived by 5 grandchildren and 6 great-grandchildren. His funeral mass will be held 9am Tuesday at Our Lady of the Immaculate Conception Church. Visiting hours are Monday 5-8pm. Burial will be in Pine Grove Cemetery.
To order memorial trees or send flowers to the family in memory of Jose daSilva, please visit our flower store.