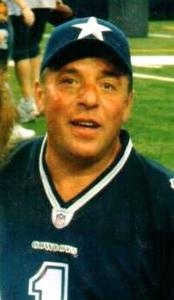 Jose E. Leite 52 of New Bedford passed away unexpectedly on Thursday October 3, 2013. He was the beloved husband of Cecilia (De Sousa) Leite and son of Maria daConceicao Taveira (Raposo) Leite of New Bedford and the late Elias M. Leite. He was born in Fayal de Terra, St. Michael, Azores and had lived in New Bedford since 1967. He was a communicant of Our Lady of the Immaculate Conception Church. Mr. Leite was employed by Fernandes Masonry as a foreman. He was a big Dallas Cowboys fan, liked the Boston Bruins and had many friends. Survivors include his wife, his mother, his beloved daughters Melissa Leite Arruda and her husband Joshua John Arruda of Fall River, Kristen Leite and his future son-in-law Edgar Alves of New Bedford; his brother Luis A. Leite and his wife Agnes of New Bedford; his sisters Maria D. Braga and her husband Armando, Maria Ines Amaral and her husband Donaldo M., Bernadette Rocha and her husband Jose C. all of North Dartmouth, Maria da Trindade Couture and her husband Gerry of Rochester, MA; his beloved grandsons Joseph Elias Wagner and Jagger Arruda. He is also survived by brother and sister in laws, and many nieces and nephews. His funeral mass will be said 9am Monday at Our Lady of the Immaculate Conception Church. Cremation will follow. Visiting hours are Sunday 3-7pm. In lieu of flowers donations in his memory can be made to the American Heart Association 20 Speen St. Framingham, MA 01701.

To order memorial trees or send flowers to the family in memory of Jose Leite, please visit our flower store.